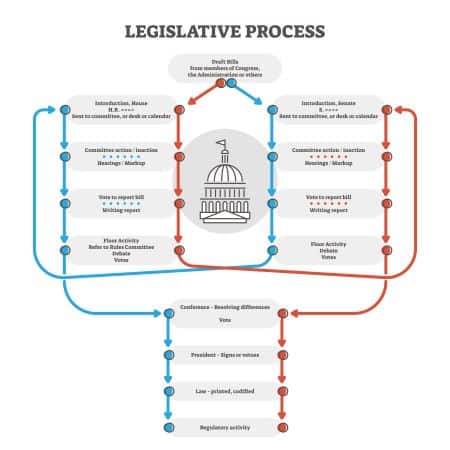 Update as of October 28, 2021: Great news–The retirement account provisions found in the pending Build Better Act  bill have been defeated.

In recent weeks the House Ways and Means Committee approved funding provisions for the Build Back Better Act of 2021 and included provisions that would impact IRAs and qualified plans including solo 401k plans. While the bill has to be approved by both the House and the Senate before it can be sent to the President for signing, following is a comparison of the impact the bill would have on IRAs vs Solo 401k plans.

Impact the Pending Bill Would Have on IRAs

The 50% RMD applies regardless of the individuals age, so even applies to those younger than 72.

Account balances used to determine 10 million threshold include IRAs and defined contribution plans including solo 41k plans, whether as a participant, owner of beneficiary. Other qualified plans such as 403b, and governmental 457b plans are also included.

Just like regular RMDs, the new RMD may not be transferred to another retirement account and the 10% early distribution penalty does not apply. However, the new RMD would be subject to a 35% mandatory federal tax withholding.

I watched George Blower's YouTube video on the proposed changes that the govt powers that be are kicking around. One question: it looks like high income tax payers would be forced to take 50% distributions above $10M in account balances. But what if your AGI is below that $450k threshold? Would you not have to take a RMD?
Good question.
The 50% RMD on the combined value of retirement accounts such as 401k plans, IRAs, 403b and 457, for example, exceeding $10 million would not apply for individuals NOT making more than  $400–$450K AGI (as adjusted for cost-of-living increases (COLAs).
A high-income taxpayer is one whose adjusted taxable income for a taxable year exceeds $400,000 for individual filers, $425,000 for a head of household, and $450,000 for married individuals who file a joint return or who are a surviving spouse.

Will Crypto Investing be Banned QUESTION:

Is the use case around alternative assets (in my case crypto) now done? Or should I still proceed prior to the effective date (Jan 1 2022) of the new bill?
While it is still early legislatively and subject to change, the proposed version would not prohibit IRA/Solo 401k investments in cryptocurrency.

How the Pending Bill Would Impact Solo 401k Plans

Starting in 2032, eliminates pretax conversions and rollovers to Roth from non-Roth accounts for those making $400–$450k.