On June 1, 2021 a proposed bill (The Enhancing Emergency and Retirement Savings Act) was introduced by by Senator James Lankford (R-OK) and Michael Bennet (D-CO). The proposed bill would provide a penalty-free “emergency distribution” option from employer-sponsored retirement accounts (e.g., solo 401k) and IRAs (e.g.., self-directed IRA). The main purpose of the bill is […]

On May 28, 2021 President Biden released his first budget proposal under his presidency. The $6 trillion plan includes two proposals: American Jobs Plan, which addresses infrastructure, and the American Families Plan, which covers child care, paid family and medical leave. As far as retirement plans including self-directed IRAs and the self-directed solo 401k plans, […]

QUESTION: I have a 403(b) plan at my day moonlighting job, to which I am planning to max out on employee contribution this year $19.5k. I was reading the IRS rules regarding maximum contribution limits, and there’s one part that’s confusing me. (I have attached the IRS rules sheet.). If you look at “chapter 3; […] 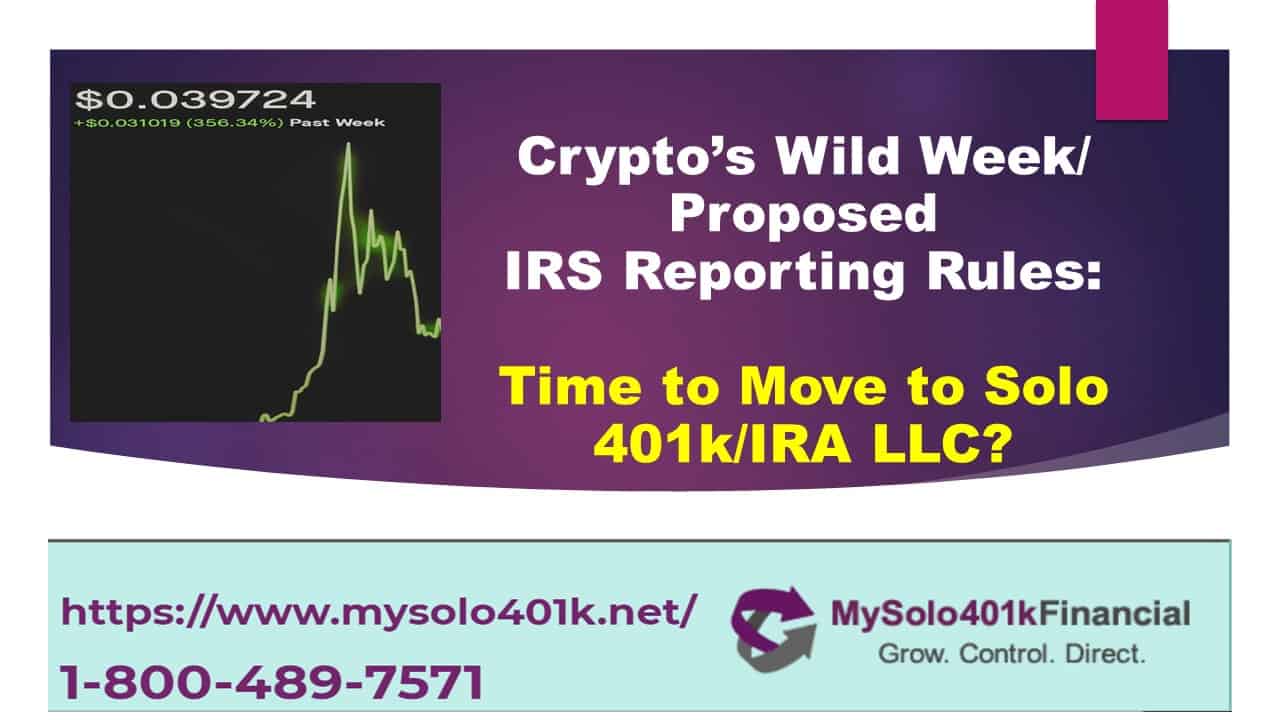 If you participate in both a 403b plan through your day-time employer where you are not an owner of the employer that sponsors the 403b plan, and also participate in a solo 401k  sponsored by your self-employed business,  your annual contributions to both plans may be impacted as described below. Employee Deferral Limit The employee […]