The Mega Back Door Roth Using a Solo 401k Plan 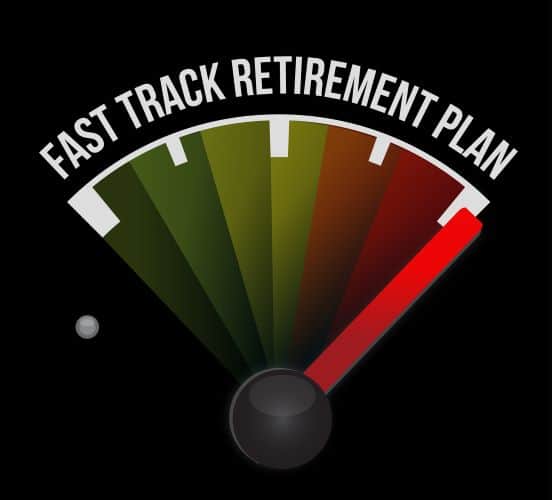 It Is All About The Overall 415 Limit

If a solo 401k provider’s plan document allows for after-tax contributions, then from a tax code perspective the self-employed individuals can make voluntary after-tax solo 401k contributions up to their overall limit for the year as described above.

Liz works for an employer that sponsors a full-time employer 401(k) plan that allows her to make after-tax contributions. For 2021, she plans on making the full $19,500 deferral to her Roth 401(k) and expects to receive between matching and profit-sharing contributions another $10,000 in employer contributions. That would give Liz a total of $29,500 of additions to her plan for 2021. As such, assuming Liz has enough compensation, she can contribute an additional $28,500 in after tax funds to her day-time job 401k plan ($58,000 overall limit – $29,500 of other deductions) for 2021.

In addition to having different rules than pre-tax and Roth salary deferrals on their way in to a plan, after tax contributions also have different rules for how they may come out the plan. The plan distribution rules are complicated but, for the most part, if a 401k, 403b or 457b participant is still working for the company sponsoring their plan and they are under 59 ½, access to their pre-tax salary deferrals, Roth salary deferrals and their earnings is largely limited. However, once a participant leaves their job or turns 59 ½, that changes.

The same restrictions, however, do not apply to after tax contributions and their earnings, provided that they are maintained by a plan in a separate account. These funds may be fairly accessible, depending on a plan’s rules, even if a client is under 59 ½ and still working for the company offering their 401k, 403b or 457b. If their plan allows, they may be able to take a distribution of these funds at any time via “in-service distributions.” Being able to take-out the after-tax distributions from the plan opens the door to the following strategy.

The ability for a full-time employer plan participant to take a distribution of their after-tax contributions, including earnings, even before they reach age 59 1/2, opens the door to a strategy dubbed by some as the “mega back-door Roth Solo 401k.” In order for a client to take advantage of the mega-back-door Solo 401k Roth strategy, the following conditions must be present:

As a result, a solo 401k participant can make after-tax contributions to their solo 401k plan on an ongoing basis. Subsequently, from a tax planning perspective, before there are large gains on those amounts, they can process an in-plan Roth solo 401k conversion of those funds and deposit the funds in the Solo 401k Roth designated account. Therefore, the converted funds will be all or mostly after-tax money, and the conversion will be virtually tax-free.

I am trying to decide whether to make Roth Solo K contributions or mega back door after-tax contributions, what is the difference between both?

We actually have a good blog post that covers this topic which can be viewed by VISITING HERE.

Income that can be Used QUESTION:

Age 50 and Over Catch Up Contribution QUESTION:

I am 53; therefore, can I contribute the catch up amount to the after-tax solo 401k ?

The short answers is no.

Tax topic 413 states that after tax contributions to a retirement plan (401k) cannot be rolled over to an IRA (Roth IRA). How is it that your plan permits this?

Good question regarding ax topic 413   (https://www.irs.gov/taxtopics/tc413). That section deals with taxable distributions. In other words, when after-tax funds are converted to the Rot IRA, it is processed as a direct-rollover not as a distribution (i.e., the check is not made payable in the name of the individual, so the typical distribution code of 1 or 7 is not used on Form 1099-R; rather a code “G” is used in box 7.).  The direct-rollover check is instead made payable in the name of the IRA custodian and the funds are directly deposited into the Roth IRA.

If I rather make after-tax voluntary contributions, can I convert them to the Roth Solo 401k instead of a ROTH IRA?

Just want to clarify that the 1099-R will denote conversion of solo 401k after-tax funds to either a Roth IRA or a Roth solo 401k as a nontaxable amount – right?

Correct as long as the basis is converted right away. If earning accumulate while in the after tax account, those will be subject to taxes.

While I understand the plan enables me to do in service withdrawals in the form of a rollover of after tax funds to Roth, it is not clear to me whether I would incur a 10% penalty from the IRS for taking such an in service distribution distribution......even though the conversion to the Roth itself may be tax free. Can you provide any insight on this?

My S-corp files a W-2. How are the voluntary after-tax (non roth) contributions reported to the IRS?

My self-employed business is an S-corp. For 2021 would I be limited to only $20,000 in after tax non Roth contributions since that is my remaining payroll to be made or is there still an option for a larger contribution?

You can still make the full after-tax contribution because you have until the annual solo 401k contribution deadline of March 15, 2022 or September 15, 2022 if your file a timely business tax return extension to make all contributions types (i.e., employee, and profit sharing).

Also, do I need to convert the after-tax funds each time a deposit is made to the After-tax solo 401k checking account or do I wait and do it once in December for the total amount for the year?

It is best to convert the after-tax funds to the Roth IRA or Roth Solo 401k as soon as a contribution is made; otherwise, the gains on the after-tax account could be subject to taxes when converted.

I looked into my employer 401k Plan and I think I can rollover about $25,000 into my Solo 401k Plan, using after-tax contributions and some earnings from it. I would like to make sure I handle the rollover correctly. Is this something you can help review with me?

Yes we can assist in filling out the necessary transfer forms to transfer the voluntary after-tax contributions held in your current day job employer 401k if they will allow you to transfer those funds to another plan (your solo 401k plan). You will want to first check with your current employer before proceeding.