The Bureau of Labor Statistics released a report this September stating 77 percent of private industry workers who had access to employer-provided retirement benefits chose to participate in those benefits. This measure is known as the take-up rate. Retirement benefits include defined benefit and defined contribution plans, with solo 401k pans falling under the defined contribution umbrella.

Among the major occupational groups, the take-up rates for retirement benefits among private industry workers ranged from 58 percent for service occupations to 86 percent for management, professional, and related occupations. Take-up rates were higher for workers in larger establishments (88 percent in those with 500 or more workers) than for workers in smaller establishments (71 percent in those with 1 to 99 workers). Among full-time workers, the take-up rate was 80 percent, compared with 57 percent for part-time workers. 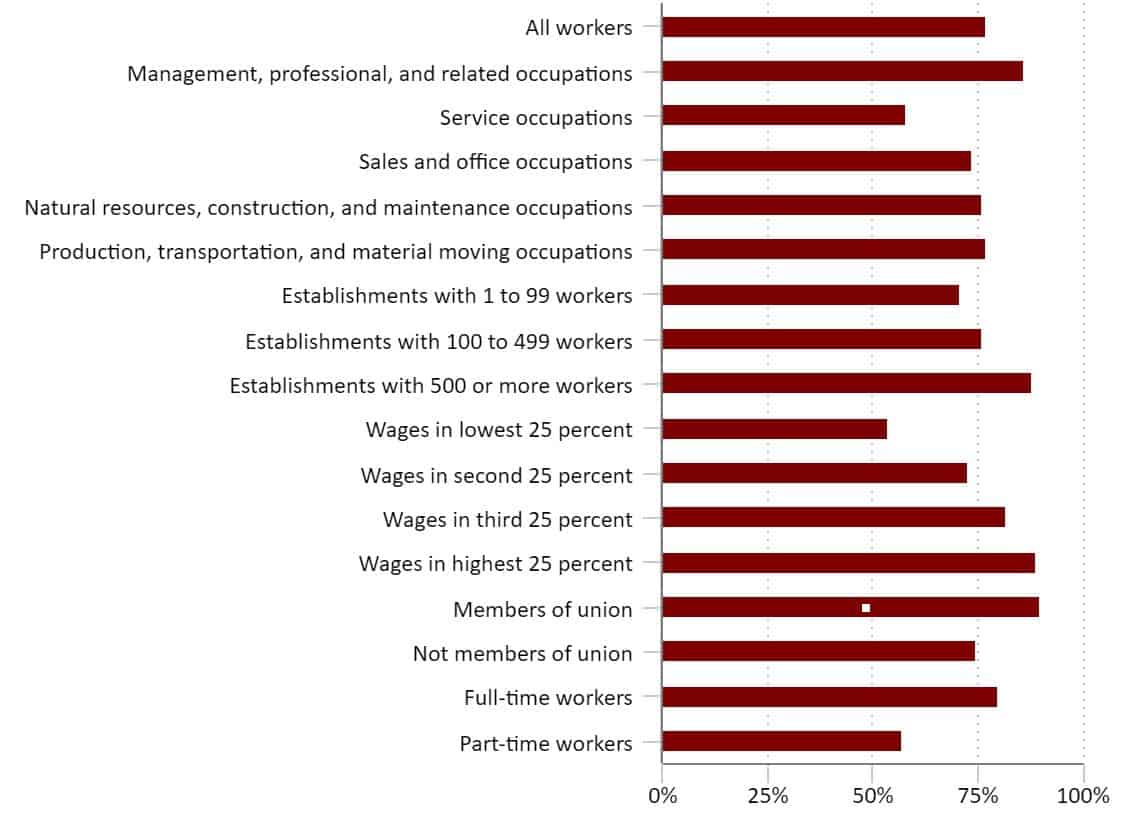