Retirement Assets Up First Quarter of 2019

According to a report published on June 19, 2019 by the Investment Company Institute (ICI), total US retirement assets were $29.1 trillion as of March 31, 2019, up 7.4 percent from December 2018. Retirement assets accounted for 33 percent of all household financial assets in the United States at the end of March 2019.

Assets in individual retirement accounts (IRAs) totaled $9.4 trillion at the end of the first quarter of 2019, an increase of 8.3 percent from year-end 2018.

IRAs held $9.4 trillion in assets at the end of the first quarter of 2019. Forty-six percent of IRA assets, or $4.4 trillion, was invested in mutual funds. With $2.4 trillion, equity funds were the most common type of funds held in IRAs, followed by $929 billion in hybrid funds. 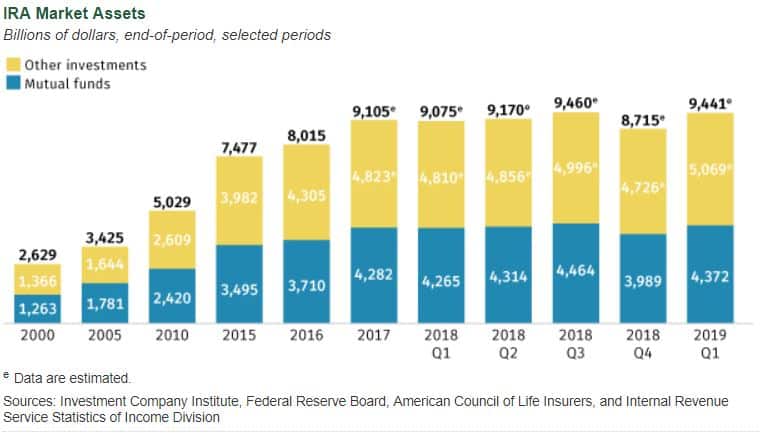 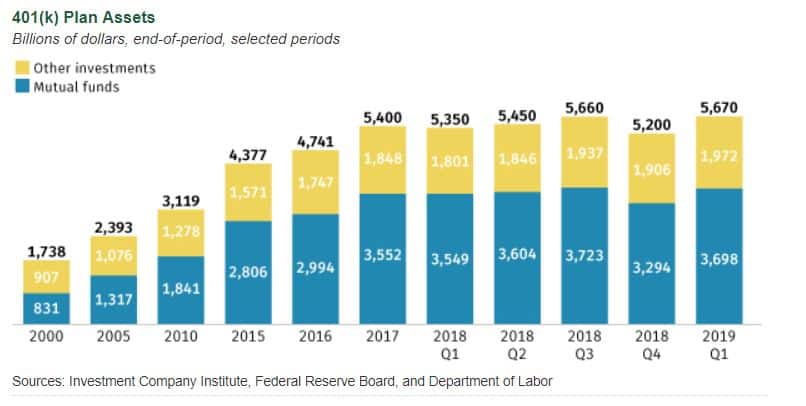