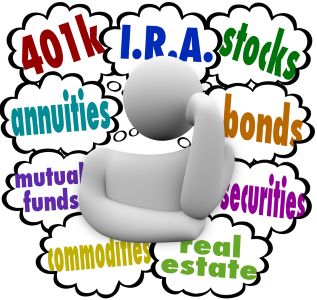 For example, with a Self-Directed Solo 401k you immediately gain access to the following:

Unlike the Vanguard Solo 401k, the Self-Directed Solo 401k comes with Solo 401k checkbook control option, putting you, as the trustee of the Solo 401k, in control of funding alternative investments (e.g., real estate, notes, metals, etc.) by conveniently writing checks or by wire.

On the other hand, a self-directed solo 401k offered by a third-party plan provider does allow for solo 401k participant loans. 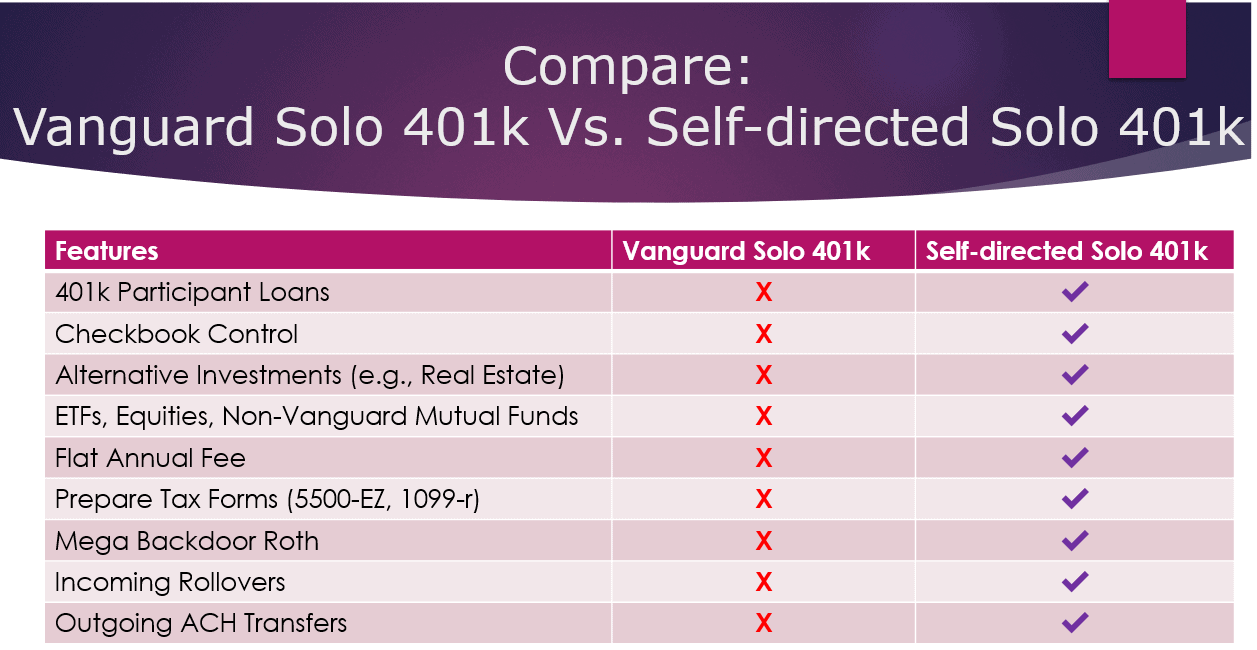 Where can we set up brokerage accounts under your solo 401k plan? Is Vanguard a possibility? I understand we would set up three accounts: (i) tax deferred, (ii) roth, (iii) after-tax non-roth. Is that correct?

We certainly have a large number of clients who have an existing Solo 401k plan through another provider such as T. Rowe Price, Fidelity, Schwab, Vanguard etc. and then “port” their Solo 401k over to our plan because our plan offers certain features not available under their plan such as 401k participant loans, checkbook control, Roth Solo 401k, Mega Back Door Roth, and the ability to invest in alternative investments such as real estate, promissory notes and precious metals.  The process to move your Solo 401k plan over is called a restatement.  While the plan would continue, the account at Vanguard would need to be closed and the assets transferred to an account at another company (e.g. bank, credit union or another brokerage such as Fidelity or Schwab).  If you go the brokerage route,  we would set up a brokerage account for you Solo 401k as part of our services.  This brokerage firm would not charge anything to establish or maintain the account and many of the firms that we work with (e.g. Fidelity and Schwab) provide a free checkbook which can facilitate your alternative investments.  See more at the following link:  Fidelity Brokerage Account.  Is the value of the existing acocunt more than $250,000? If so, have you been filing the required annual Form 5500-ez filing? Please note that we handle this filing requirement as part of our services for no additional charge.