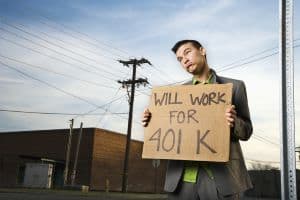 You are not an independent contractor if you perform services that can be controlled by an employer (what will be done and how it will be done). This applies even if you are given freedom of action. What matters is that the employer has the legal right to control the details of how the services are performed.

If an employer-employee relationship exists (regardless of what the relationship is called), you are not an independent contractor and your earnings are generally not subject to self-employment tax.

I would like to setup a Solo 401k related to my officiating. I would assume I qualify since I am an independent contractor, but I’m not sure? Obviously when I get paid for officiating, the check is made out to me personally. I assume this is not a problem?

Yes your officiating work qualifies you for a solo 401k as a solo 401k is for solo business owners including independent contractors (sole proprietors).