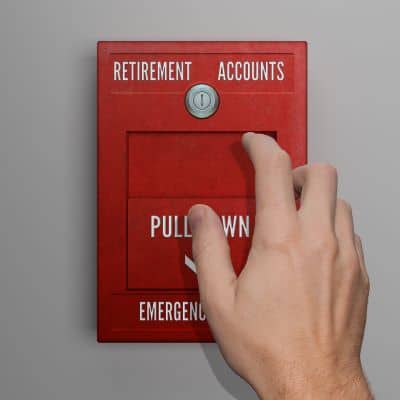 Following are some of the common solo 401k distribution triggers:

Funds or Assets Transferred from IRAs or Former Employer Plans to the Solo 401k Plan– The solo 401k participant can distribute any funds that have been transferred to the solo 401k plan from IRAs (e.g., traditional IRAs, SIMPLE IRAs and SEP IRAs) or former employer plans such as a 401k, 403b, 457b or TSP to name a few.

Attainment of Normal Retirement Age – The solo 401k plan documents may specify an age as the “normal retirement age” for purposes of plan operation (generally between age 591⁄2 and 65). If a plan permits, a participant (the solo business owner) who attains normal retirement age may elect to begin receiving distributions from the plan.

Disability – A solo 401k plan permits the participant to begin receiving distributions from the plan should she become disabled.

Plan Termination – The solo 401k plan documents will allow a participant to request a distribution from the plan if the plan is closed (i.e., the self-employed business shuts down).

An alternative way to access solo 401k funds is to borrow from the solo 401k plan. Effective for plan years beginning on or after January 1, 2002,  solo 401k participants may take loans from their solo 401k plans.  To learn more about the solo 401k distribution rules, VISIT HERE.