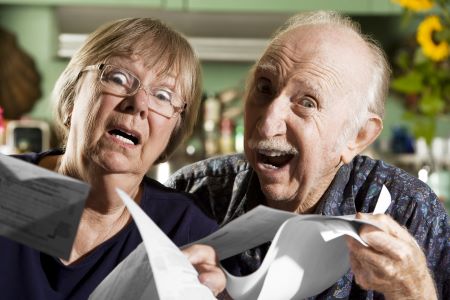 QUESTION: I just turned 55, should I transfer my entire former employer 401k plan to a checkbook IRA?

ANSWER: Known as the “age 55 rule”, this rule should be considered if you need to take a distribution from a former employer 401k retirement plan.

So if you are 55 years old or older in the year you left your employer and need to take a distribution from your former employer 401k plan because you have no other means of getting the fast needed cash, you will want to leave enough funds in the former employer 401k to cover the amount of funds needed to satisfy your distribution needs and only process of partial direct-rollover of the rest of the funds to a checkbook IRA (also known as a self-directed IRA LLC).

The reason is because distributions from your former employer 401k company plan, when you leave the employer in the year you turn age 55 or later, are not subject to the 10% early distribution penalty if you are no longer employed for that company (or what the tax code refers to as “separation from service”). Note, however, that the distribution would still be subject to federal income taxes.

If I cease my sole proprietor business between age 55 to 59.5, I could take solo 401k distributions without incurring the 10% early withdrawal penalty?

Essentially, once you stop being self-employed, you will have to shut the plan down and transfer it to an IRA or take a full taxable distribution. For this reason (i.e., you can no longer continue with  a solo 401k plan if there is no business) the age 55 rule  does not apply to solo 401k plans. For this reason, we have never had a solo 401k client exercise this feature.